A report of this event appeared in Canadian UFO Report in 1979, authored by Chris Rutkowski. In his article he included another (aerial) photograph which although low-grade, reveals "spiral tracks" across the field and a large "smudged" area in the centre. This photo and the one pictured above are credited to The Brandon Sun, indicating local press coverage.

Rutkowski also drew two maps, one of which is a plan view of most of the rings, showing where they lay in relation to one another. The relevant page is reproduced below. Paul Fuller made a superior map based on Rutkowski's original, which he published in Crop Watcher magazine in 1993. This is also shown below, for clarity. (Rutkowski's other map is of a different case mentioned in the article, which was not a regular crop circle and so does not concern us here.) 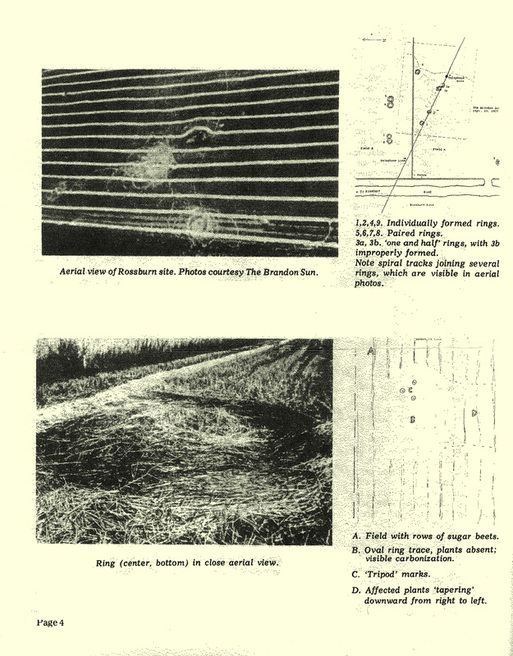 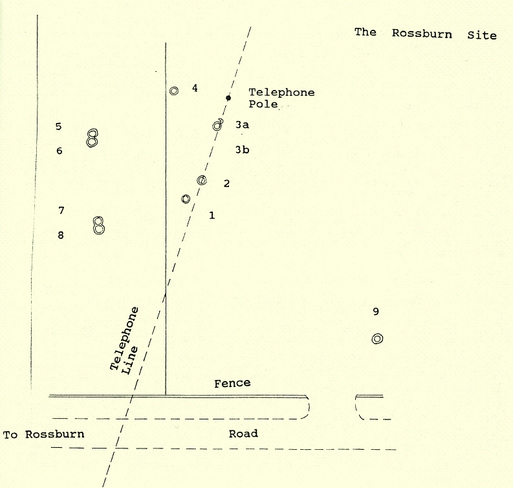