The "saucer nests" of Tully, 1966 are undoubtedly the most famous circles known before the modern era. Even Doug Bower, who claimed to have started the crop circle phenomenon in 1978, cited Tully as his initial inspiration, remaining virtually mute on what might have caused the nests. (It definitely wasn't him; he once stated that local farmers had made them, without further explanation.)

Although these are universally called the Tully nests, they were in fact much closer to the very small town of Euramo, which lies to the south of Tully. The spot is known informally as Horseshoe Lagoon.

These are very widely documented, particularly in the crop circle press, where virtually all publications mention them. Although the body of literature pertaining to this event is sizeable, we will only provide a basic outline below. If readers want more detailed accounts, there is plenty of information available in books and on the internet.
Events begin with farmer George Pedley, driving a tractor on land belonging to Albert Pennisi in the Euramo area, on January 19, 1966. At around 9am, Pedley heard a hissing sound and then claimed to have seen a "flying saucer" rise from the swamp in Horseshoe Lagoon, and fly away.

Later in the day, Pedley fetched Pennisi to witness the circle, and he not only did so, but waded out into the water (see photo, right). By doing so, Pennisi learned that the reeds were not bent over, but physically uprooted from the lagoon bed, and somehow swirled into a floating mat on the surface of the water. 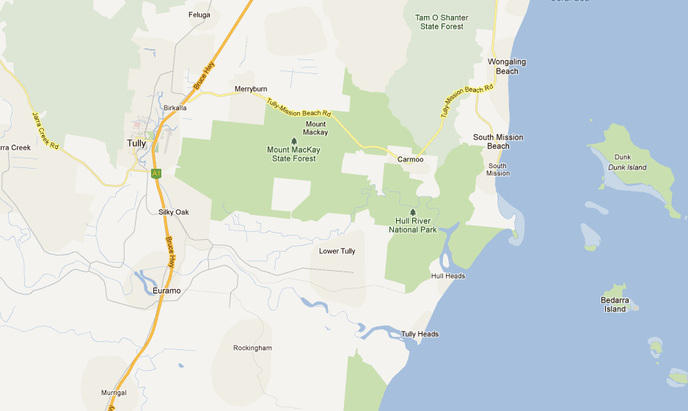 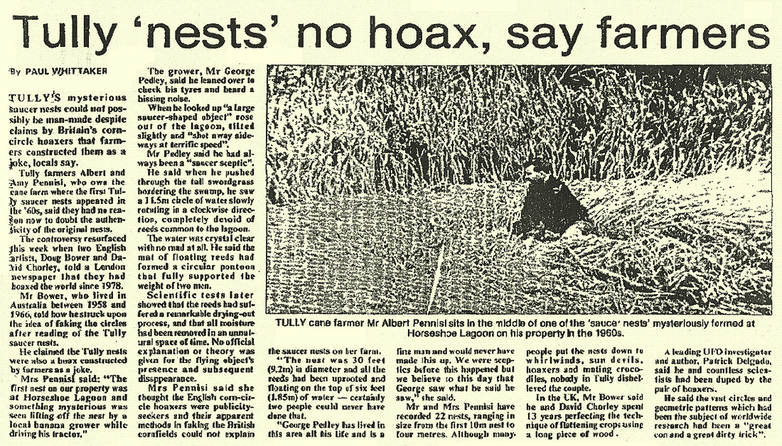