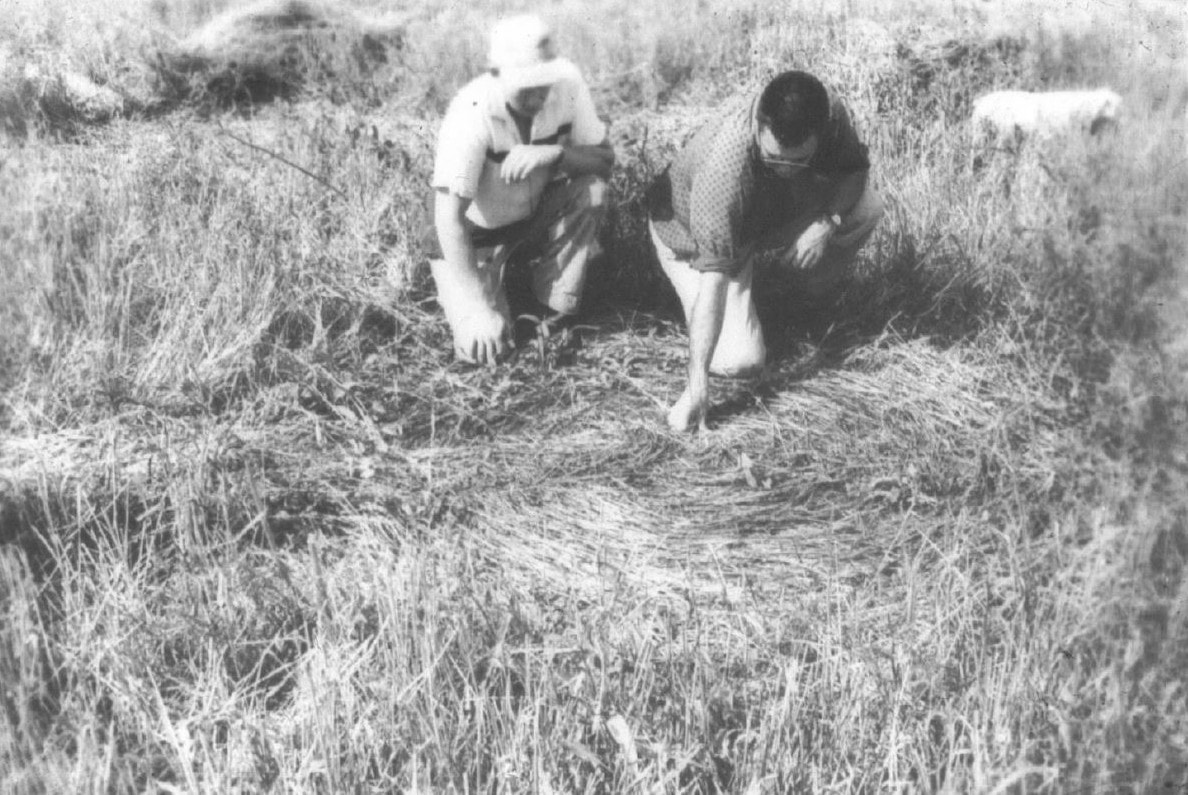 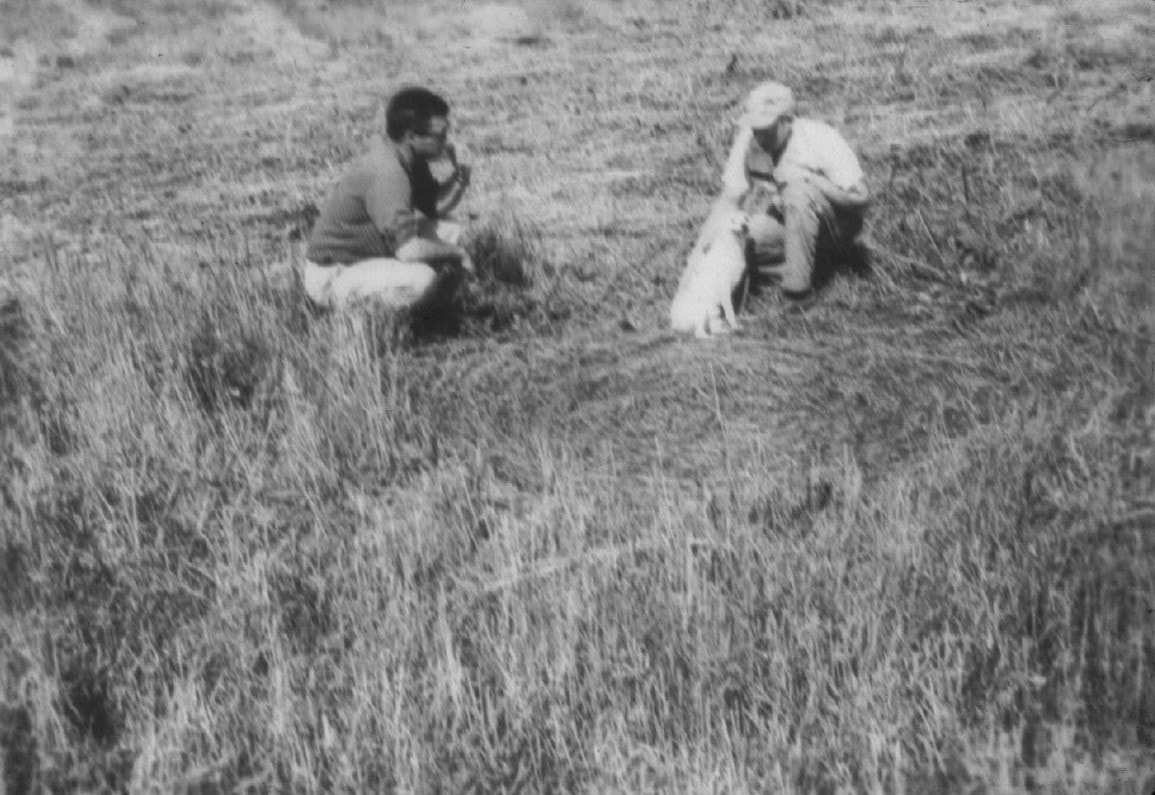 This sensational case involving some 27 circles, was almost lost forever, until Jeffrey Wilson uncovered it by chance, while reasearching the US government's UFO investigation, widely referred to as Project Blue Book.

The story goes that on, or shortly before, 11 August 1965, 27 circles appeared in wheat, spread across farm land belonging to a Mr Willard Hill. He can be seen in the two photos above (wearing the white shirt), which appear to be of different circles, .

Below is an aerial view of part of the field. The resolution is poor, but several of the circles can be made out, three of them in a triangular formation at the bottom of the image. 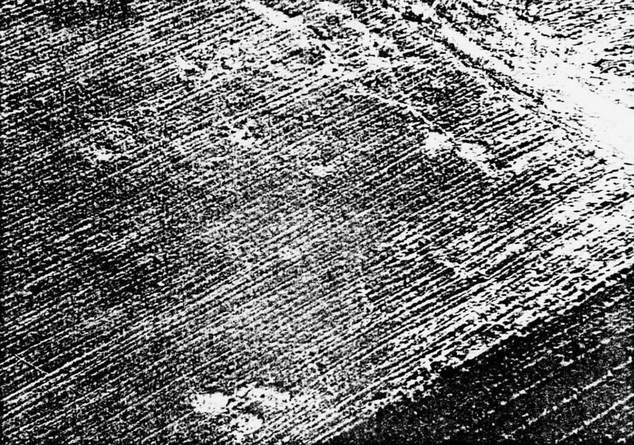 The US Air Force were contacted for possible explanations, and although they could not explain the circles, they drafted a notice for public consumption, declaring them natural, and likely caused by meterorological processes. Through the USAF, the case was referred to Project Blue Book, who for some reason declined to investigate it. Thus, the case was not recorded as it ought to have been, alongside similar crop circle events such as the 1952 Pittsburgh event (see elsewhere on this site).

In 2015, ICCRA's Jeffrey Wilson gained access to some old files compiled for Project Blue Book, and while sifting through documentation of a 1965 grass circle at Mount Airey, North Carolina, found the images above. They are of course from an entirely different event, and one of much more interest. Perhaps the mis-filing of these images accounted for Project Blue Book failing to investigate at the time?

Again, we have superb documentation of this early case, which dates to before Doug Bower even claims to have heard of flattened circles (that being, inevitably, the famous Tully circles of 1966 we all know of, which he claims to have read about at the time). Above you see a written description, two close-up photos, an aerial photo and a press cutting of crop circles prior to that.


FOR THE FULL STORY AND DOCUMENTATION, VISIT ICCRA's PAGE :  HERE