This case is of particular interest because the rings not only sat in formation, rather than being placed more-or-less randomly about the field, but also because of the revisitation by whatever caused them. Revisitations are rare, and it will be noted that here, a sixth marking was created, which was also in formation with the pre-existing rings, as if by design.

Shown below is an approximate sketch of the final layout, based on the information available. (There are no long shots of the site as far as we are aware.) Also shown is Edwin Fuhr's own sketch of the metallic domes he says he saw. 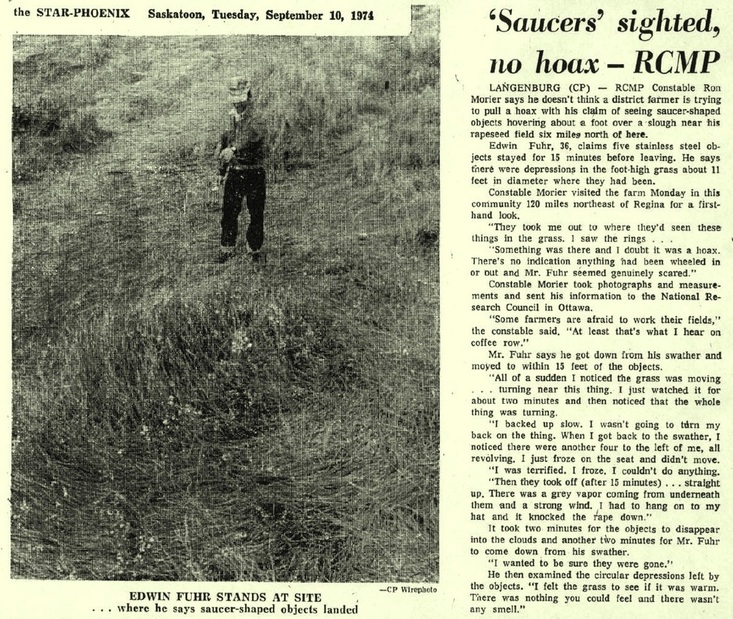